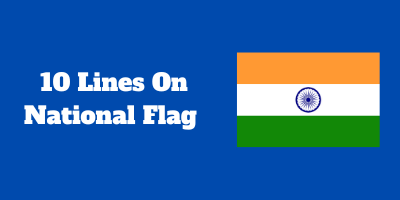 10 Lines On National Flag In English For Children And Students

So Thank you for taking the time to read this, and I hope youunderstand what I’ve said so far. As a conclusion, these are the10 Lines On National Flag In English that we offered for three different categories of students, which will help you gain a basic understanding of National flag. This can be used for essay writing, project work, homework, speeches, and exam preparation.